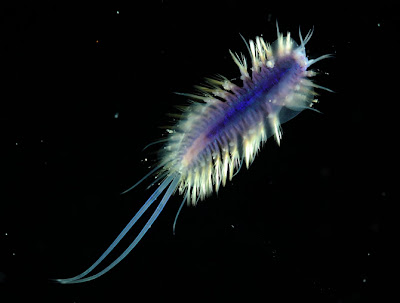 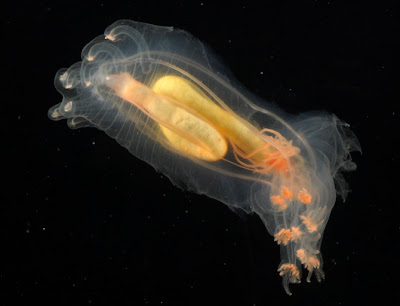 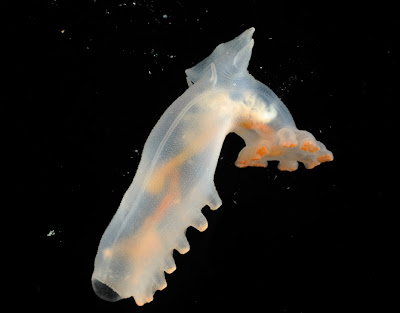 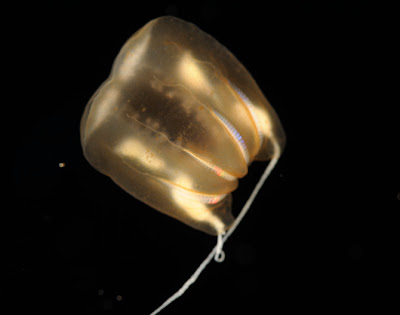 The images [are] captured by researchers from the University of Aberdeen during more than 300 hours of diving with a remotely operated vehicle between 2,300 feet and 12,000 feet deep along the Mid-Atlantic Ridge, the largest mountain range on Earth, which runs down the center of the Atlantic Ocean between Europe and Africa on the east and the Americas on the west.


“They have no eyes, no obvious sense organs or brain but there is a head end, tail end and the primitive body plan of backboned animals is established,” said Monty Priede, one of the lead researchers on the project, part of the Census of Marine Life.
Images: David Shale
Read More http://www.wired.com/wiredscience/2010/07/gallery_marine_species/#ixzz0t0qRNWa8
Posted by arshia at 9:03 AM No comments: 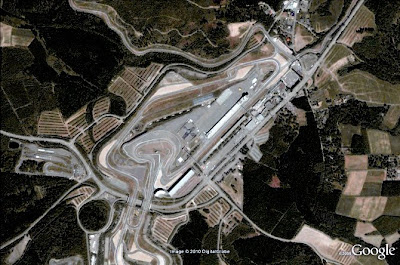