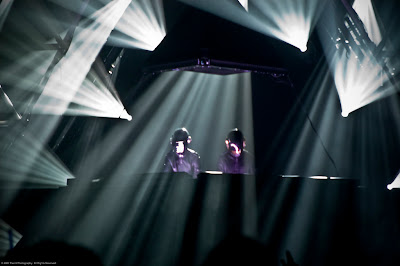 A revolution is only interesting in its becoming. The intermediary state of revolt, not the authority state nor the revolutionary government. An interstitial state between events. The negative space. The Void. The zone of not the city nor the suburb, but the street. That of wires that connect nodes, and that of mathematical equations that put two otherwise distinct variables in a relationship. Guerrilla artfare, with no plausible form or taste. The culinary art of preparing ‘water’. An entire movie on the flow of black oil.
That median space is where the DJ usually stands; in-between two decks, twisting reality on the turntable. A circlet or what Deleuze might call a “crystalline ” is formed, resonating the minute reactions of chemical influx onto amplifiers. Palpation of vibrations at a sub-atomic level. Once again it is the body that is the instrument of inscription. It is an infinite loop between an organic battery and the indomitable machine powered by electricity. Electricity that is traditionally produced by burning oil.