On the Complex vs.the Complicated 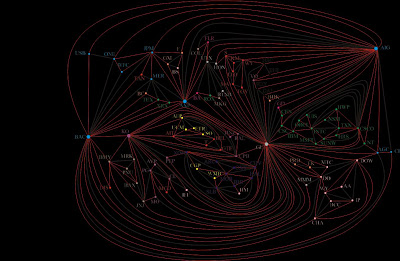 "Regulation should not prevent innovation, rather it should ensure that innovations are sufficiently transparent and understandable to allow consumer choice to drive good market outcomes, [...]When complexity reaches the point of reducing transparency, it impedes competition and leads consumers to make poor choices. And, in some cases, complexity simply serves to disguise practices that are unfair and deceptive."
Federal Reserve Chief Ben Bernanke 4.17.09

Once deconstructivism appeared as the antagonistic tour de-force sequel to post-modernism's 'Complexity and Contradiction', it became clear that with any unstructured complexity, we are exposing the systems architecture to infection, where integrated diversity is shadowed by an external force that is able to modulate and hijack the system entirely as it was witnessed in the economic crash of 2008. The same can be true with the formulation of geometrical systems, where lack of processed organization can lead to the disintegration of social assemblage.
Posted by arshia at 9:57 PM