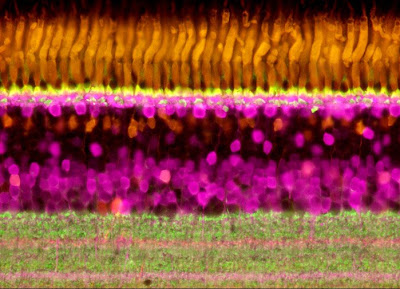 Deleuze claims that being is univocal, i.e., that all of its senses are affirmed in one voice. Deleuze borrows the doctrine of ontological univocity from the medieval philosopher John Duns Scotus. Deleuze adapts the doctrine of univocity to claim that being is, univocally, difference. "With univocity, however, it is not the differences which are and must be: it is being which is Difference, in the sense that it is said of difference. Moreover, it is not we who are univocal in a Being which is not; it is we and our individuality which remains equivocal in and for a univocal Being."[1]
Here Deleuze at once echoes and inverts Spinoza, who maintained that everything that exists is a modification of the one substance, God or Nature. He claims that it is the organizing principle of the Dutchman's philosophy, despite the absence of the term from any of Spinoza's works. For Deleuze, there is no one substance, only an always-differentiating process, an origami cosmos, always folding, unfolding, refolding. Deleuze summarizes this ontology in the paradoxical formula "pluralism = monism".[2]